The Shadowy Horses by Susanna Kearsley

Again, I was looking for something different, and found this. 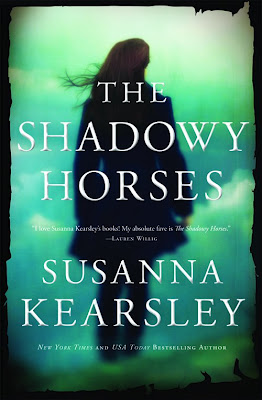 I guess you’d call it half archaeological mystery and half ghost story. (Hmmm, I wonder if that makes it fall into the magical realism category???) Narrator Verity Grey is hired to help a half-crazy old man on his pet archaeological dig. He’s looking for the Ninth Roman Legion which mysteriously vanished once upon a time, but since he has been quite disgraced in his field the dig is dismissed as merely a whim of a rich crackpot. While there is no solid proof that the Legion ever ventured into their part of Scotland (in fact, most of the evidence suggests otherwise), one small boy with second sight claims to have seen their Sentinel wandering around in his backyard.

While I guess this was nothing groundbreaking, I quite enjoyed it. It was quick-paced, mildly romantic, and appealingly voiced, so I gobbled it up in a day and a half. Since I found this enjoyable, I’m currently moving on to Kearsley’s The Winter Sea, The Rose Garden, Mariana, and The Firebird. I think it’s a phase!

Like Loading...
This entry was posted in Fiction, Mystery, Pretty Covers and tagged Susanna Kearsley, The Shadowy Horses. Bookmark the permalink.

One Response to The Shadowy Horses by Susanna Kearsley