Two Dorks, One Book: The Mark of Athena by Rick Riordan 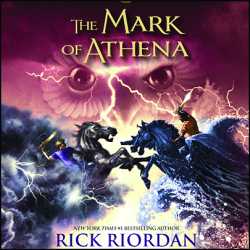 BLARGH. I hate when a series I love goes beyond the expected mid-series slump into boring and even begins to disappoint… I love love loved The Lost Hero, the first book in the Heroes of Olympus series by Rick Riordan. It made me go all giggly fangirl because it was smart kid lit, which I adore and never really see enough of. Basically, TLH took all the strengths of the original Percy Jackson series and made them better by adding creative details which combined both Greek and Roman mythology into a cohesive single story…fabulous! But, then there was the second book in the series,The Son of Neptune, which, despite all my anticipation, was a horrible, terrible, no-good, timewaster of a sequel. The Mark of Athena falls into the same basic traps as TSoN and manages to make me not want to finish the rest of this series, like, ever. A middling sequel at best…

No new ground covered here, the author does not follow up on threads established in prior novels, and I NO LONGER CARE. That is it. I’m done with Riordan. The end.

P.S. I ordered this on Kindle a few weeks back when it came out, read it and then somehow, had it in my cart on Amazon and got shipped a hardback when I ordered a random wetsuit for the husband…I COULD send it back for a refund, I suppose, or take it to my classroom. OR, I could just make it a giveaway book here…you know, after we’ve reviewed it up and made you all want it and all…

Well, I enjoyed Mark of Athena, but I didn’t love it. The adventure storyline in this one (the whole “mark of Athena” thing) didn’t really do it for me, I kept drifting off while listening to the audiobook…it just didn’t really hold my attention.

So, about the characters, which are really the best part of Percy books for me…

The hell is up with Piper? This is what she comes off as: 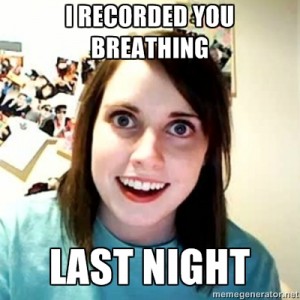 She is sooooo clingy and insecure. Frank somehow lost his personality between the last book and this one. He was fantastically boring and his only purpose was turning into animals at Percy’s request to fight monsters. I actually like Annabeth now, which is strange cause this is a message I sent Michelle just a few days ago:

“Is this book from Stupid Annabeth’s pov? Yuck.”

I really liked seeing the interactions between the characters, too…Percy and Jason, Annabeth and Piper, Leo and Hazel, Frank and No One because he was boring and I kind of hope he dies.

One Response to Two Dorks, One Book: The Mark of Athena by Rick Riordan