I am FINALLY done with listening to all the Wheel of Time audiobooks. Whew!

I must say, the last few books (which I’d only read a few times, I’ve read the first few like 15 times) were super good and exciting, and I absolutely love what Sanderson is doing with the series. Onward to January 14th! 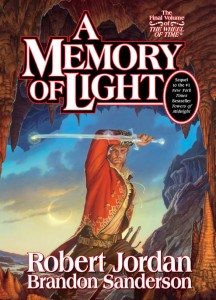 o, the book cover for the new book, A Memory of Light, has been released! It’s done by Michael Whelan and it is AWESOME. I adore the way the look sort of meshes with the previous covers and doesn’t look out of place, but at the same time it’s so GOOD! Look at the eclipse! Rand doesn’t look like a dwarf with hair issues! Hell, his hair is actually red! His coat and the sword are great.

Interesting that it seems to be Moiraine and Nyaneve in the background there. It makes sense because of course those would be the two he’d pick to link with him to use Callendor, but also…Moiraine is very weak now, so even though he trusts her, I feel like Avhienda or Elayne would’ve been better for the second. But, it’s far too early to be debating stuff that happens in the book!

There is also an excerpt from the prologue (the same section that Harriet read at JordanCon) here. I’m trying not to read that yet because I want to savor the last book in one gulp. 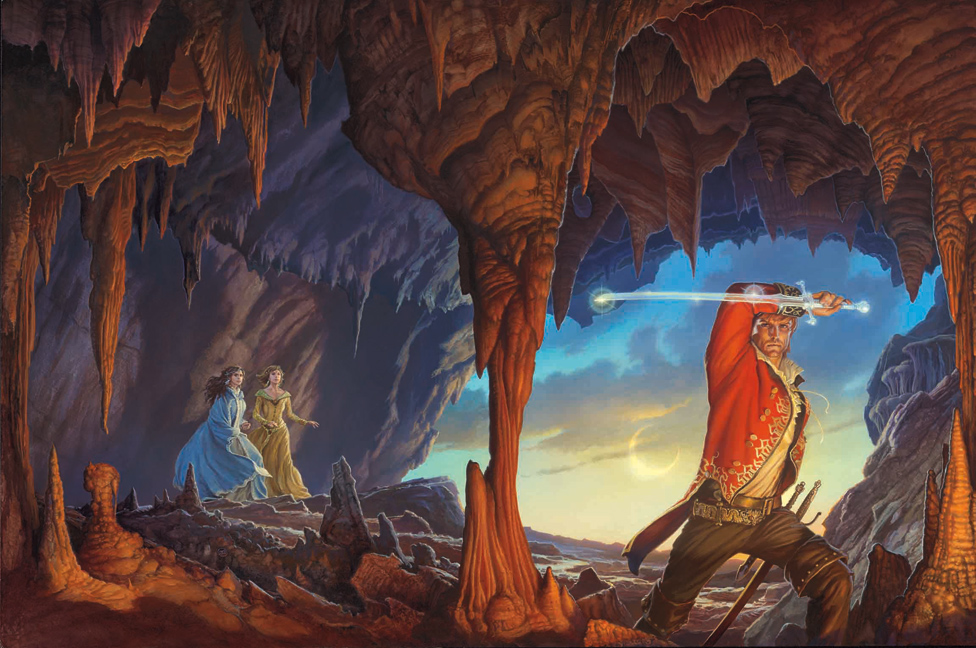 Like Loading...
This entry was posted in Fantasy and tagged A Memory of Light, fantasy, Wheel of Time. Bookmark the permalink.