If There Be Thorns…or Plot Holes

This is one of those books in the Dollanganger series I DON’T remember liking, so I guess it isn’t surprising that I still didn’t like it. The story isn’t compelling, the characters bore me, and there are gaping, mile-wide plot holes. We’re not talking about the willing and reasonable suspension of disbelief most good fiction requires…we’re talking plot holes so big they open beneath a reader’s feet like a crack in the Earth’s crust and suck us in alive and screaming. 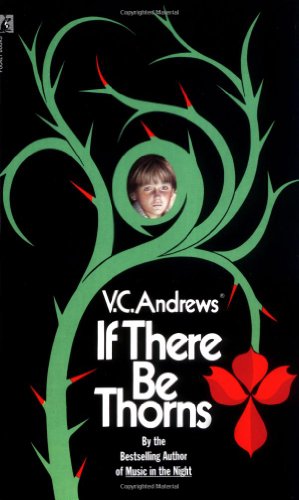 Let’s examine a few of those deep, dark, reader-eating plot holes, shall we?

I tried to like this one. I really did, but I like some plot with my plot holes, thankyouverymuch.On to Seeds of Yesterday.

Like Loading...
This entry was posted in Creepy/Weird, Fiction and tagged rereads, VC Andrews. Bookmark the permalink.

4 Responses to If There Be Thorns…or Plot Holes