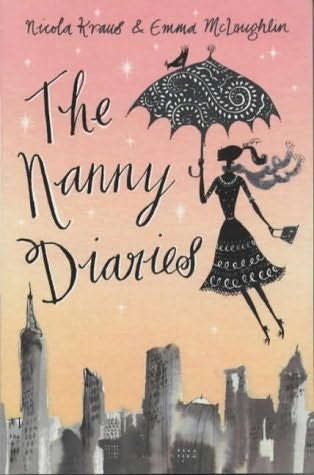 This was one of several books I read while spending a week at the beach (I’m actually sitting on the beach right now). I guess I enjoyed it, there were a few really funny parts. I felt that the characters were poorly developed though – except for the Xs – including:

-HH: this guy was sort of a dick, and she seemed to only like him because he was cute.
-everyone in Nanny’s family: what was up with the rich grandmother? why was she even in the series?
-Nanny’s friends: sarah? blue-haired Josh? Charlene who kicked her out and btw, did Nanny ever find a place to live? Did any of them have a point?
-Grayer: he instantly went from a brat to a great kid…how?
-Nanny herself: perhaps the most poorly developed of them all. I could not figure out her motivation for doing the things she did. Why did she let them treat her that way?

Most of those characters I felt didn’t even need to be mentioned in the book – they added nothing to the story. But sometimes random detailed facts about them were thrown in that left me wondering if this was the second book of a series or something, because it was as if the author expected me to know/care already. I really enjoyed the parts with Grayer, though, and the (sad) tales of the macrobiotic food, French lessons, super clean apartment, etc.

Basically I thought it was a good concept with terrible implementation and writing.

I just found out there’s a sequel, I’m gonna have to hunt that down. It sounds…not good, though.