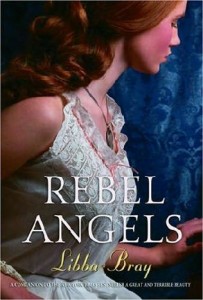 Oh look, I’m actually for once reviewing an ENTIRE series! Usually my interest in writing up reviews tends to fizzle out after the first one, it seems. Especially when my interest in the book fizzles out like it did with this series. As is often the case with trilogies, Rebel Angels started to lose steam, and The Sweet Far Thing completely lost me.

Rebel Angels changes up the setting for Gemma, showing her mostly in London instead of at Spence Academy. So, not quite so much high school bitchiness, which is a good thing. Bad thing: her family sucks, and is kind of just as bitchy as the school girls. There’s a quasi love interest that never really seems important even though Gemma keeps insisting that it is. Books 2 and 3 kind of run together for me, really, because it’s just a lot of Gemma being followed and threatened and casting frivolous spells on people which make me question her morality. Also Gemma immediately believes everyone she meets is trustworthy, then she’s suspicious of them, then they turn out to be fine, then OH! they’re actually bad guys after all. It was maddening and got confusing and repetitive. 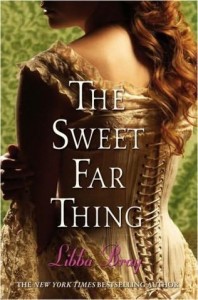 I hated the 3rd book. It was so LONG, for one thing. It was just never-ending, and kind of bored me. I hated the ending, I hated what happened to Pippa and to Miss Moore. All the Realm creatures kind of ran together for me, and the magic system started to not make a ton of sense. I think it’s very difficult for an author to make a magic system that’s…well, believable, silly as that sounds. Robert Jordan did it very well in Wheel of Time, for example, but in this series there seemed to be a lot of “oh yeah, this is possible now, let’s all pretend that it makes sense.”

The ending…well the ending was also way too long. See, everything in the realms is wrapped up, but there are like 7 more chapters after that to tie up loose ends that didn’t really seem necessary.