The Winter Sea by Susanna Kearsley

Ok, I know I’ve been on a Susanna Kearsley kick lately, but this cover is SOOO pretty! 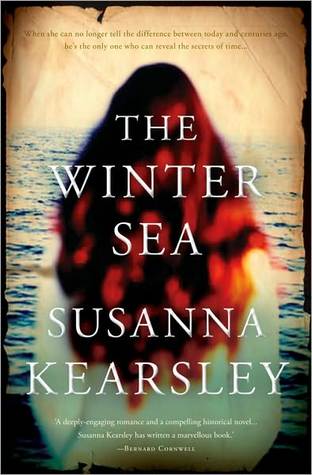 I liked this one fairly well. Successful author Carrie finds herself unexpectedly drawn to Scotland’s Slains castle while writing her latest book. She finds an ease to her writing when nearby and wonders if her heroine, a distant ancestor, is passing down her story through “genetic memory.” Of course, that seems a stretch, but an intriguing one, because why can’t memories be passed through DNA like other characteristics? Written half as a narrative of Carrie’s life and half as the narrative Carrie is writing about predecessor Sophia’s life (got that?), we get both a modern and a historical story. Kinda neat. Anyway, there is of course a love story angle to this historical drama centered around the ’08 Jacobite rebellion to bring exiled King James back to his crown. Better than The Rose Garden, on par with The Shadowy Horses, I’d say.

Enjoyable, but I think I’ve gotta read something (someone) else for awhile.