…in which I jointly read and review five novels simultaneously (six if you count The Son of Neptune which I’m also currently reading for fun). As I read these five books with my advanced tenth graders, I am finding that keeping track of multiple plots becomes a nightmare…so to avoid a total cranial meltdown, I shall review each in 40-70 page snippets (unless I give up before then). This is a book I’ve hated since they made me read it in 10th grade. I’ve always felt it is boring, unrealistic, and inaccessible to teens. Although it’s on our core school reading list, I’ve never tackled it as a teacher mostly because I have such bad feelings toward it. This year, as I looked for a fifth book to round out my independent choice unit, I threw it in as an option just for kicks. I figured the rather dated material, boarding school setting, and the so-so synopsis I advertised it with would be enough to turn all my students off. Surprisingly, three girls picked this book for their choice novel (I HOPE it wasn’t just because it was the shortest option)! That said, in rereading it with this group of kids, I’ve come to a grudging sort of acceptance of the book. It is the most traditional novel of the bunch, it does have some lovely metaphorical language buried in all the dense prose, and I guess the characters are well developed (I have to admit that even before the reread, I did remember Gene and Finny and their conflict some twenty years later). It’ll never be my favorite, but at least I no longer loathe it. Another school book surprisingly, and surprisingly, it was good. (Actually, these untouched paperbacks were collecting dust in our bookroom, so I decided to break them out and try them out on some willing teenagers. Many of these kids are avid readers who jumped at the chance to read something “different” and “less schooly.”) Of the five, this is the only one I hadn’t yet read myself. Toxin is the story of a divorced cardiac surgeon whose daughter eats some tainted beef and develops e. coli. We trace the toxic moo meat from sick cow, to slaughterhouse, to rendering facility, to fast-food joint freezer and grill. A series of totally believable mistakes and oversights brings the nasty burger to the girl’s plate. The realism of the plot and prose make the book chilling. It’s a modern medical thriller reminiscient of Sinclair’s The Jungle, and so far, I’m liking it a lot. (And skipping McDonald’s for the foreseeable future.) 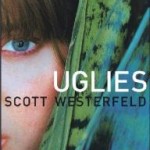 The novel begins with one of my favorite opening lines: “The early summer sky was the color of cat vomit,” and it continues to impress from there. Yes, it’s YA, and yes, it’s dystopian, so I’m naturally going to be partial to it, but I really find Uglies to be spot-on in its characterization of teenagers and what is important to them: beauty, fitting in/standing out, breaking rules, and understanding what lies just outside our comfort zones. The operation to make all people universally beautiful is equal parts troubling and appealing. Protagonist Tally’s story continues in Westerfeld’s equally readable Pretties and Specials.

The Hobbit by JRR Tolkien 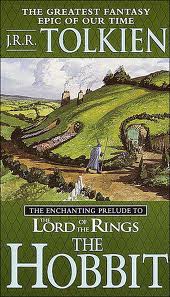 A childhood classic I never discovered until my senior seminar on Tolkien in college, this book starts off dry and builds into an archetypal adventure story. Again, not one of my favorites, but an enjoyable romp nonetheless. Less adult than The Lord of the Rings trilogy which follows it, The Hobbit tells the story of an ordinary, homely little hobbit who, at fifty, becomes an unlikely burglar and hero. The British-isms sometimes require explanations to American teens who don’t readily connect to words like “mutton,” “tea,” and “pocket handkerchiefs,” but the plot makes up in originality and fun for what it sometimes lacks (in sluggish pacing and awkward language). An intriguing but minor subplot in The Hobbit tells how Bilbo came to possess that super-powerful “One Ring” featured in TLotR. A few brief scenes with the creature Gollum are revelatory and in keeping with what readers (or film viewers) know from the trilogy. Also features the best dragon name I’ve ever read about: Smaug. 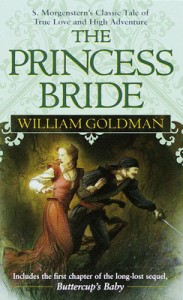 The Princess Bride by William Goldman

This is another favorite of mine that I enjoy sharing with students especially when they start to catch on to the novel’s satirical and authorial secrets. It’s a playful sendup of your classic hero-pirate-princess-monster fairy tale that also incorporates a boy meets girl trope along with a set of bumbling villains and classic, unforgettable quotes and oneliners like “As you wish…” and “Inconceivable!” and “My name is Inigo Montoya. You killed my father. Prepare to die.”

I’m also pretty sure the boss hates that I teach this book at all, but would never go so far as to forbid it. (But hey, it’s on the booklist and in the bookroom, so somebody feels it has merit!)…As for me, I feel like there is definitely something to be said for pleasure reading and if for that purpose alone, this book tops the list!

Like Loading...
This entry was posted in Classics, Fiction, Uncategorized, Young Adult and tagged fiction, stuff they made me read in school. Bookmark the permalink.

3 Responses to A crazy mini-multi-book review…