The Watery Part of the World by Michael Parker

This is the first ebook I’ve borrowed from my local library for Kindle. I am SO glad I finally figured out how to do that instead of buying every damn thing…anyway, The Watery Part of the World could have been one of those GREAT books I love to read and reread. It had everything going for it: a real-life unresolved mystery in the disappearance of Aaron Burr’s adult daughter, an intertwined tale of her ancestors in a remote, untouched part of the world (which makes the fictional parts about this historical figure plausible), and just enough eastern North Carolina references to remind me of my years spent there myself. 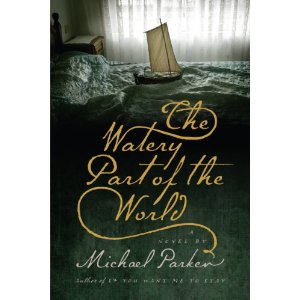 What I didn’t expect, and couldn’t get past, was the pointlessness of it all. It was just sooo BORING.

The two separate plot arcs are disjointed and go nowhere. While I finished this rather spare novel in just over a day, I kept falling asleep while reading it! (Seriously, if I wasn’t just superstitious enough that I feared if the first book borrowed from the library sucked and ended with a DNF, the rest would too, I probably would have quit this before the halfway mark…I’m weirdly bothered by things like that.)The intertwined stories of Theodosia Burr Alton and her descendants never seemed important enough to drive the novel anywhere compelling.

Like Loading...
This entry was posted in Fiction, Historical Fiction and tagged historical figures, N.C., pirates, shipwrecks. Bookmark the permalink.