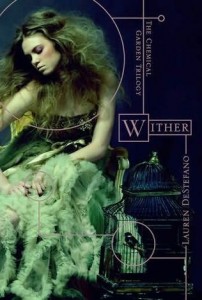 Awww, man. This is a review that I really don’t want to write. Not because I feel bad about writing a bad review – some people like books, some people don’t, oh well. It’s because I feel like there’s something wrong with me for not enjoying this book. Like, at ALL. I kind of hated it. It was BORING. In fact, here’s a note I put on my kindle:

“Half the book is over and nothing has happened yet.”

And that really just about sums it up for me. But everyone else in the world loved this book, right? I always feel like an outcast when I hate well-thought-of books.

Because I don’t like this book even enough to write a real review, here are some other notes I found on my Kindle:

For most of the book there wasn’t even a real antagonist. I mean yeah yeah, kidnapped and forced to marry some guy. But that happened in the first few pages, and for the rest of the book there weren’t any developments, either character or plotline. Ugh. Should I read the next book, Fever? Maybe it gets better?

*I listened to the audiobook of this. Didn’t much care for the dreamy-sounding voice acting, although her voice was pleasant.